Maze Hill is lined with striking 19th century Gothic villas and is named after the maze that once occupied the top end of St Leonards Gardens.

The Archery Villas, designed by Decimus Burton, have been used for educational purposes since 1861.

It was used by the Art department of Hastings College until 2006. Planning permission is being sought to convert the Villas into residential apartments.

In the 1960s the grand villas on this land were demolished, the gardens bulldozed and the multi storey Hastings College was built. This brutal development amongst others prompted the formation of the Burtons’ St Leonards Society who have campaigned since their inception in June 1970 to conserve Burton buildings and promote quality town planning in the area. 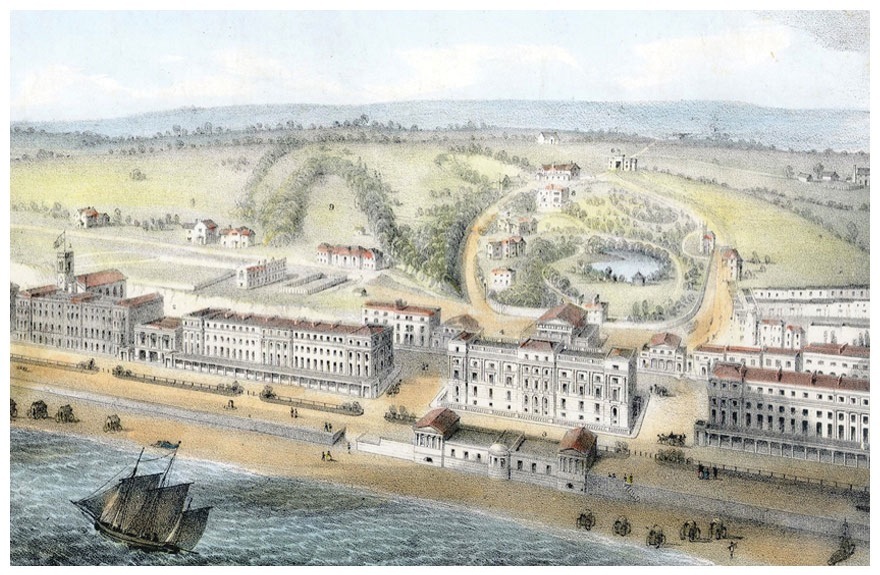